Why Is This Important To Know?

This is a tough topic to discuss because NO mother wants to say, ” I have no idea what to do!” or ” I am the WORST mom ever!”. Although let’s face it, when your child starts wailing, while kicking their feet in the middle of a crowded department store and you are all alone, these words can be heard with such clarity, it is almost scary! And If you are like me, you would probably have two or more kids with you and the feeling of anxiety kind of doubles for me because I have to try to console one while making sure my other son is fine… or I would have two very strong-minded boys having an emotional moment at the same time. SO not ideal!

At these times the only thing stopping my own tears is the very babies who do NOT understand WHY this behavior is unacceptable, especially with no way to express them otherwise. Some people would assume it is the whispered words of others or the judgmental stares that make an unbearable situation so much more painful but it is not. It is the uncontrollable feeling that we can DO better, even though we are ding everything we can. We, the parents, seem to have such great patience that when they snap, we seem to feel not that far behind.

Upon researching tantrums with children on the autism spectrum, I have discovered the difference between a tantrum and a meltdown, and why aggression can show in both! In this article Autism Tantrum vs. Meltdown – Aggression may apply, we can come to an understanding of the two and also come up with some tips on how to help our children during such an overwhelming time.

Differences between Temper Tantrums And Meltdowns

Temper Tantrums in children with autism spectrum disorder (ASD) may be triggered with a variety of reasons. Children with 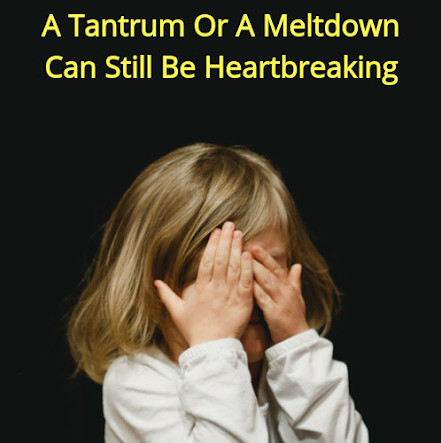 ASD have difficulties communicating wants, needs, and emotion in socially acceptable ways. This can make them act out when they are confused, anxious, afraid, or stressed out about something. It can also be a method for getting what she or he wants.

*Frustrated when not getting what he or she wants

*not able to do what he or she wants

*not able to communicate intention properly

The child may respond and calm down when:

*being comforted by a parent, caregiver, or someone close

*Being ignored and giving up on their own

Young children throwing temper tantrums are aware and are in control of their actions and therefore can adjust the levels based on the parents or caregivers response.

Meltdowns occur for entirely different causes. They are triggered by an intense reaction to sensory overload and he or she knows no other way to express this other than having a meltdown. This might involve having emotional verbal outburst such as screaming and crying; or can have physical reactions like kicking, biting, or hitting.

Since meltdowns are triggered by the sensory being overwhelmed, a child on the spectrum during a meltdown have a few defining characteristics.

Symptoms of an autistic meltdown may include:

*Can start with a pre-meltdown called “rumblings”, which can be a physical or verbal behavior that can signal an imminent meltdown

*Could be preceded with stimming (a repetitive self simulating behavior)

*Can happen with or without an audience

*Can last longer than tantrums

When you can tell the difference between a temper tantrum and a meltdown, only then can the right strategies be applied so that we can learn to deal with each situation accordingly. 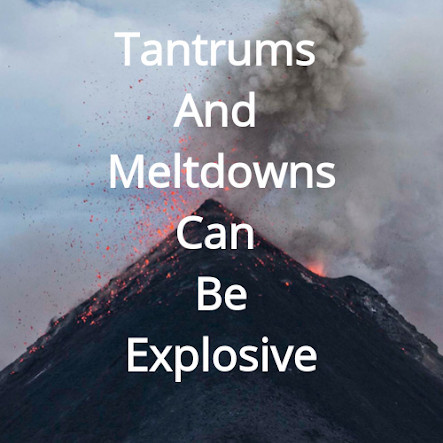 Does Aggression Go Hand In Hand With Tantrums And Meltdowns?

Aggression in children with ASD is referring to violent behavior that may include hitting, kicking, throwing objects, biting, and punching. Aggressive behavior in a child with ASD can be directed to others and themselves. unfortunately, both a tantrum and a meltdown can involve aggression.

Besides sensory overload, other reasons why a child with ASD uses aggression are when an object of comfort is taken away or when they are forced to do something they do not want to do.

Ensuring the safely of your child and others is the KEY goal! Some strategies would be removing the cause of aggression, providing them of calming toys and/or do activities, and giving your child a safe space (their calming space, usually the play area corner, so that he or she can calm down. 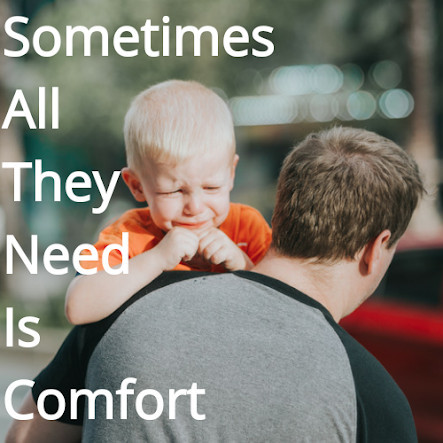 For The Love OF Our Children

I understand the frantic thoughts that speed in your head as you try to calm your child down. Trying to keep a level head is made more difficult the more time passes and the screams vibrate in your ears (yeah, the ringing is still there guys and I am beginning to think it is permanent, so pray for me!). Especially when my younger son, Jojo, falls into one of these, which is injuring himself during a temper tantrum AND meltdowns. Because of this, it was as much an AWESOME topic for me to cover, as well for so many parents who experiences this.

All parents know, knowledge is POWER and so we will use it to the BEST of our abilities, for the LOVE of our children!

**Please do NOT be afraid to drop a comment, write your experiences, ask a question and/or add to the conversation! I will LOVE to hear from each one of you guys, so come one, come all! – Keep Being AMAZING!**

MUCH LOVE MY AMAZING FRIENDS

**Please note that as I was writing this article, I kept thinking how important it is to equip us with the knowledge of how to deal with situations pertaining to temper tantrums and meltdowns. So I have decided on a ‘part two’ of this topic. It will be concentrating on how to deal with these behaviors and how to keep yourself from your own tantrum! lol – Much Love**

Parents With Children On The Autism Spectrum

Potty Training – With My Autistic Boys

Parents With Children On The Autism Spectrum

What Is Autism? – A Mother’s Tale

Parents With Children On The Autism Spectrum, Uncategorized